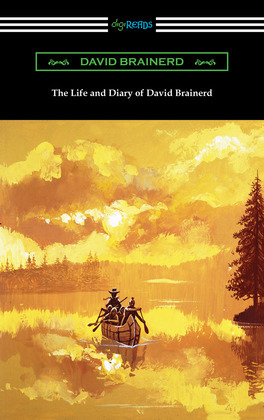 The Life and Diary of David Brainerd

by David Brainerd (Author)
Excerpt
Nonfiction Biography & autobiography
warning_amber
One or more licenses for this book have been acquired by your organisation details
EPUB
Unlimited loans, One at a time
Details

A major influence on the domestic and foreign missionary movement of the eighteenth and nineteenth centuries, ?The Life and Diary of David Brainerd? is the autobiography of David Brainerd. David Brainerd was an 18th century colonial American missionary. During the last five years of his lifetime, which was tragically cut short by tuberculosis at the age of twenty-nine, he traveled over three thousand miles on horseback in order to spread the word of the bible to the native peoples of America. Brainerd?s life was one of hardship. Orphaned at the age of fourteen, Brainerd suffered from a deep depression that was at times immobilizing. The tuberculosis that killed him, which is believed to have been contracted some seven years earlier while he was a student at Yale, was only made worse by the harsh wilderness lifestyle that his missionary work demanded. Jonathan Edwards substantially edited his diary for publication and published it posthumously in 1749; ever since it has been a source of inspiration for Christian missionaries the world over.