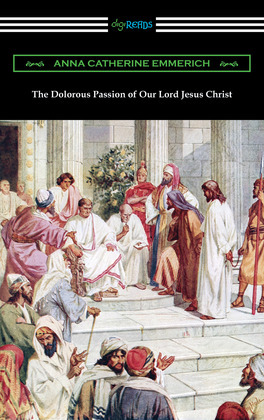 The Dolorous Passion of Our Lord Jesus Christ

by Anna Catherine Emmerich (Author)
Excerpt
Nonfiction Religion
warning_amber
One or more licenses for this book have been acquired by your organisation details
EPUB
Unlimited loans, One at a time
Details

Roman Catholic Augustinian Canoness Anne Catherine Emmerich was a 19th century German mystic whose life both inspired religious devotion but also was embroiled in great controversy. Born into a poor family, Emmerich?s youth was spent helping to provide for her family through work in farming and as a seamstress. She desired to pursue a life of religious devotion and applied many times to join a convent but was routinely rejected because she could not afford the expected dowry. Eventually she was accepted to an order of Augustinian nuns. Emmerich?s religiosity exceeded all others of her convent and after a few years she began to experience ecstatic visions and stigmatic markings which would take a profound toll on her health. Those visions would form the basis for this work, ?The Dolorous Passion of Our Lord Jesus Christ?, a detailed account of the suffering and death of Jesus Christ beginning hours before his crucifixion. While there were many who did not believe that her ecstatic visions and stigmatic markings were legitimate, but rather the result of an elaborate hoax, no evidence could ever definitively be shown that this was the case. Her writings, which were transcribed by German poet and novelist Clemens Brentano, have since been a source of great inspiration by those who believe she was truly visited by a higher power.