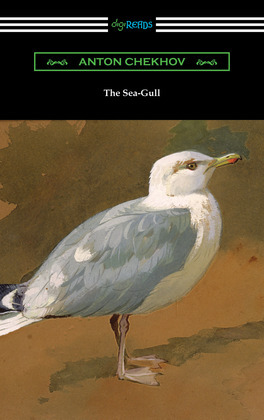 by Anton Chekhov (Author)
Excerpt
Fiction Drama
warning_amber
One or more licenses for this book have been acquired by your organisation details
EPUB
Unlimited loans, One at a time
Details

Written in 1895 and first performed in 1896, ?The Sea-Gull? is widely hailed as the first of Anton Chekhov?s four most important plays. It is acclaimed for its brilliant use of subtext and remains widely studied and performed as a significant dramatic work. It is the story of the romantic and artistic conflicts between four main characters: Nina, a young, aspiring actress and the daughter of a wealthy landowner; Madame Irina Arkadina, once a great leading actress; Konstantin Treplyov, her son and a playwright; and Trigorin, Irina?s lover and a well-known writer. While Chekhov intended that the play be more comedic in tone, it is often performed and interpreted as a subtle and nuanced tragedy, full of doomed romances, frustrated artistic ambitions, loneliness, and regret. ?The Sea-Gull? is frequently adapted for stage and screen and the roles of Nina, Irina, Konstantin, and Trigorin are famous for the subtle depths of emotion the parts call for. Over a century after it was first performed, ?The Sea-Gull? remains a theatrical masterpiece and the work that established Chekhov?s reputation as a brilliant playwright. This edition follows the translation of Marian Fell and includes a biographical afterword.