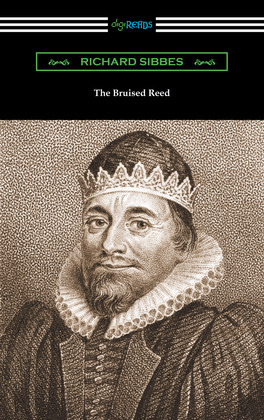 by Richard Sibbes (Author)
Excerpt
Nonfiction Religion
warning_amber
One or more licenses for this book have been acquired by your organisation details
EPUB
Unlimited loans, One at a time
Details

First Published in 1631, ?The Bruised Reed? is the widely read and inspiring classic by Richard Sibbes, the 17th century English theologian and preacher. Sibbes was an important spiritual leader during the early days of the Anglican Church under Queen Elizabeth I. He was also a vocal supporter of traditional Puritan religious doctrine and encouraged the faithful to worship according to the English ?Book of Common Prayer?. Sibbes was well-known during his life for his kindness, his messages of hope and forgiveness, and for his gentle and temperate style of preaching and writing. ?The Bruised Reed? is the most well-known and enduring work by Sibbes and continues to be read all over the world. Inspired by a remark made by Jesus in Matthew 12 that ?a bruised reed He will not break, and a smoldering wick He will not snuff out?, Sibbes explains that the foundation for a true Christian life may only be found in surrendering one?s life to God and putting faith in God?s plan for mankind. This timeless work of Christianity is cherished for its comforting and encouraging message that God will never abandon his followers and that the love of Christ is never wavering.