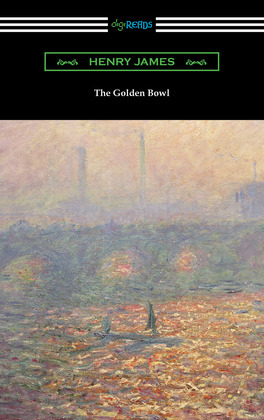 Henry James?s 1904 novel ?The Golden Bowl? is the story of Prince Amerigo, an impoverished but charismatic Italian nobleman who travels to London to marry Maggie Verver, the only child of the immensely wealthy American financier and art collector, Adam Verver. While in London, Prince Amerigo meets his former mistress, Charlotte Stant, who is Maggie?s close friend and soon to marry Maggie?s widowed father. Amerigo and the beautiful Charlotte find themselves often in each other?s company and the two are soon engaged in an adulterous affair. While Maggie is at first naïve and unaware of her husband and friend?s connection, she becomes wiser and more assertive as the novel progresses. No longer content to let her husband and his mistress have their way to detriment of both her father?s marriage and her own, she adeptly maneuvers everyone concerned till she finally has them where she wants them. Considered by some to be the last work of Henry James? ?major phase?, which was marked by the publication of ?The Wings of the Dove? in 1902 and ?The Ambassadors? in 1903, ?The Golden Bowl? is a complex and insightful examination of marriage, family, and adultery. This edition includes a biographical afterword.