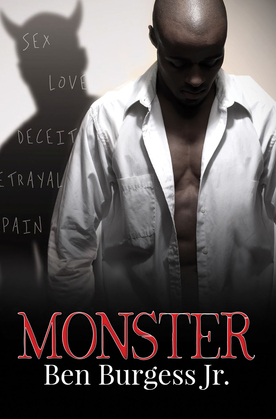 by Ben Burgess Jr. (Author)
Excerpt
warning_amber
One or more licenses for this book have been acquired by your organisation details
EPUB
Unlimited loans, One at a time
Details

Award-winning author Ben Burgess, Jr. explores the man behind the player in this Urban novel about a man trying to find the love he lacks for himself in all the wrong ways.

Tormented as a child for being dark-skinned and the son of a womanizer who deserts his family regularly, Ken Ferguson longed for that feeling of being loved. He promised himself that he wouldn’t be a manipulating, deceitful man like his father, but after he is cheated on and dumped by the girl he thought he would one day marry, he begins his transformation. Fueled by anger and tired of being the “nice guy,” Ken drowns himself in one-night stands, threesomes, and affairs with married women, sleeping with one conquest after another. His philosophy is: No commitment, no attachments.

He meets his match with Ashley, a girl who makes him want to stop his promiscuous ways. But Ashley turns out to do even more damage to his ego and his heart, wounding him deeply. With his philosophy reinforced, Ken spirals out of control. Sleeping with and mistreating random women he meets at bars and clubs, Ken uses sex to forget about his insecurities, his anger, and his sadness. Will Ken learn to let go of his heartbreaks, or will he be consumed by them and continue to be a Monster?