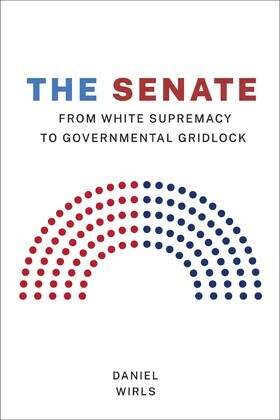 by Daniel Wirls (Author)
Excerpt
Nonfiction Social science Political science History & theory
warning_amber
One or more licenses for this book have been acquired by your organisation details
EPUB
Unlimited loans, One at a time
Details

In this lively analysis, Daniel Wirls examines the Senate in relation to our other institutions of government and the constitutional system as a whole, exposing the role of the "world’s greatest deliberative body" in undermining effective government and maintaining white supremacy in America.

As Wirls argues, from the founding era onward, the Senate constructed for itself an exceptional role in the American system of government that has no firm basis in the Constitution. This self-proclaimed exceptional status is part and parcel of the Senate’s problematic role in the governmental process over the past two centuries, a role shaped primarily by the combination of equal representation among states and the filibuster, which set up the Senate’s clash with modern democracy and effective government and has contributed to the contemporary underrepresentation of minority members. As he explains, the Senate’s architecture, self-conception, and resulting behavior distort rather than complement democratic governance and explain the current gridlock in Washington, D.C. If constitutional changes to our institutions are necessary for better governance, then how should the Senate be altered to be part of the solution rather than part of the problem? This book provides one answer.