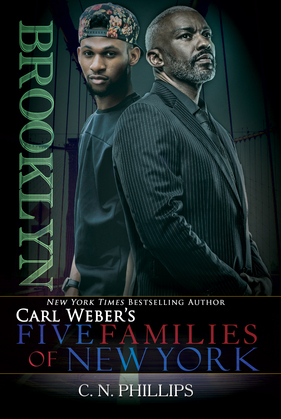 by C. N. Phillips (Author)
Excerpt
warning_amber
One or more licenses for this book have been acquired by your organisation details
EPUB
Unlimited loans, One at a time
Details

After his father’s murder, Boogie is thrust into taking over the family business and hellbent on revenge, no matter the cost…

While most young people are just getting their footing in life, 24-year-old Bryshon "Boogie" Tolliver is already being groomed to be a boss by his father, Barry Tolliver. At first, he's not so sure he wants to take his father's place in the family business. He has dreams of being the most prominent chef in New York. However, things change when Barry is murdered in cold blood and everything he built is left at Boogie's feet. Gone are those chef dreams, replaced with a new resolve to prove himself worthy of upholding his father's legacy.

Boogie takes his rightful place at the table of the Five Families of New York and is quickly taken under the wing of Caesar, the head of the organization. Known as The Godfather's Godfather, Caesar shows Boogie what it takes to be a boss.

The deeper in Boogie gets, the more obsessed he becomes with finding his father's murderer. When all signs point to the person Boogie knows is untouchable, he'll do anything to even the score, even if it costs him his seat at the table.