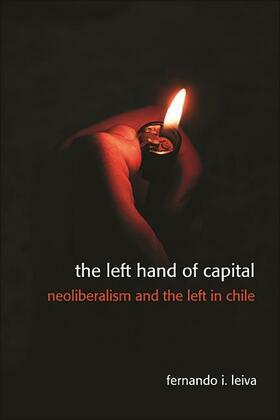 The Left Hand of Capital

In The Left Hand of Capital, Fernando Ignacio Leiva provides a theoretically grounded analysis of the last thirty years of socioeconomic policies in Chile, beginning at the end of the Pinochet military regime in 1990. He skillfully probes how innovative center-left politico-economic initiatives transformed the state's relationships with the country's urban poor, indigenous peoples, workers, students, and business elites, thereby contributing to institutionalize, legitimize, and renew Chile's neoliberal system of domination. Leiva documents how such politics, progressive in appearance, were pivotal in forging new arts of domestication, "participatory" social control mechanisms, and commodified subjectivities. This landmark book guides us into a deeper awareness about the limitations of center-left politics, not only in Chile, but elsewhere in the Americas and Western Europe as well. At a time when far-right movements seem to be growing in the Global South, Europe, and the United States, this book offers valuable insights into the predicament of social democracy and how, as in Chile and in the context of global neoliberalism, it can become the "left hand of capital."