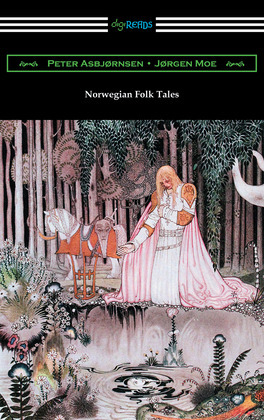 by Peter Asbjornsen (Author)
Excerpt
Fiction Short stories
warning_amber
One or more licenses for this book have been acquired by your organisation details
EPUB
Unlimited loans, One at a time
Details

Asbjornsen and Moe were inspired by the German folklore collectors, the Brothers Grimm, and followed their approach to preserving these ancient tales. Asbjornsen and Moe collected and published numerous volumes of folk tales in Norwegian from 1841 to 1859 and their work became a source of great pride for the recently independent Norway. The tales were first translated into English in 1859 which helped to make Norwegian folklore popular all over the world. In this entertaining collection, the reader will find ogres, trolls, princesses in need of rescue, magical creatures, thrilling sword fights, and dangerous quests. ?Norwegian Folk Tales? also provides a fascinating window into Norwegian culture, history, and religion as the deities and mythical creatures of their ancient history appear in many of the tales. This important and influential collection of folk tales will entertain and educate children and adults alike. Collected together here are all the tales translated by George Webbe Dasent, which originally appeared in two volumes.