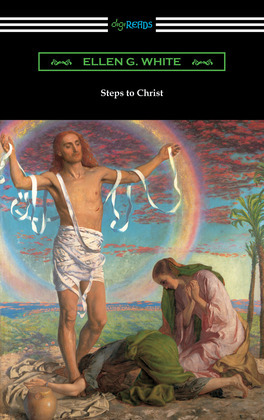 by Ellen G. White (Author)
Excerpt
Nonfiction Religion
warning_amber
One or more licenses for this book have been acquired by your organisation details
EPUB
Unlimited loans, One at a time
Details

First published in 1892, ?Steps to Christ? is the most popular and widely-read book by the American religious pioneer Ellen G. White. She was an influential and trailblazing figure who, along with her husband James White and Sabbatarian Adventist leader Joseph Bates, helped form the Seventh-Day Adventist Church and is considered one of the most significant figures in American religious history. White believed that she received visions and dreams from God and was viewed by many as a spiritual prophet. She was also a popular public speaker and a successful author, writing on a diverse number of topics, including theology, nutrition, creationism, agriculture, education, health, and the Christian lifestyle. In ?Steps to Christ?, White addresses the very important issue of how to become and remain a Christian, a concern that is at the center of many of her writings. In this deeply personal and inspiring work, White guides the faithful in how to develop a life-long relationship with Jesus and discusses such issues as how to repent, how to find faith and forgiveness, and how to handle doubt. Readers will find comfort and guidance in this classic of Christian literature, which has been reprinted many times and translated into over 150 languages.