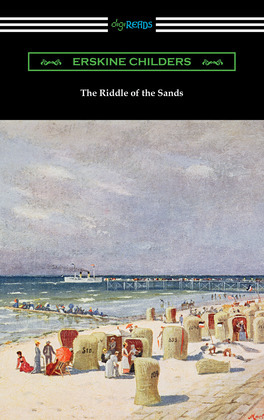 The Riddle of the Sands

by Erskine Childers (Author)
Excerpt
Fiction Classics
warning_amber
One or more licenses for this book have been acquired by your organisation details
EPUB
Unlimited loans, One at a time
Details

First Published in 1903, Erskine Childers? ?The Riddle of the Sands: A Record of Secret Service?, is one of the earliest examples of an espionage novel and was immensely influential in the creation of this popular genre. Childers led an interesting and adventurous life, becoming an amateur sailor as a young man before enlisting in the military and serving in the Boer War and eventually the First World War. In ?The Riddle of the Sands?, a gripping and thrilling story begins with a minor official in the Foreign Office, Carruthers, and his complete boredom with his occupation. Although his prospects are good, he feels an emptiness in his life, and this in large part encourages him to accept an invitation to go sailing with his friend Davies. Davies suspects German naval activity in the Baltic, and the two overcome numerous obstacles, both by suspicious German patrol boats and tricky inshore sailing, to discover information that threatens the lives and safety of their countrymen back home. Childers?s tale is a masterpiece of suspense and intrigue, as well as a patriotic tale of men willing to die for their country in a dangerous time of secret plots and burgeoning war. This edition includes a biographical afterword.