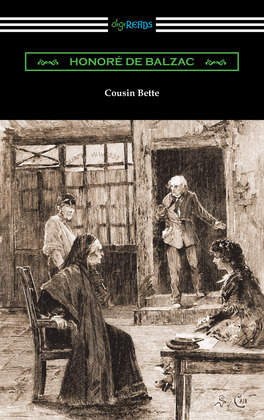 by Honoré de Balzac (Author)
Excerpt
Fiction Classics
warning_amber
One or more licenses for this book have been acquired by your organisation details
EPUB
Unlimited loans, One at a time
Details

Honore de Balzac ?Cousin Bette? is generally considered to be one of the writer?s most famous novels, his last great work before his death. It is a classic novel of revenge, passion, and vices. Along with her friend Valérie, the title character Bette strategizes for the overwhelming destruction of men in general and her cousin-in-law Baron Hector Hulot specifically. Hulot sacrifices his family and fortune on a series of extramarital seductions, and when he becomes interested in Valérie, she and Bette concoct a plan that will cost the Hulot family their happiness. Bette?s actions lead her entire family to self-destruct due to her insatiable rage and manipulative tactics. Balancing the immoral characters is the virtuous Adeline, Hulot?s wife. Her moral nature and forgiving personality give the dysfunctional family a touch of decency. The story examines the typical moralistic themes that are mirrored in Balzac?s earlier works. Also present are Balzac?s uncensored opinions and depictions of society, contrasted with the stereotypes of men and women during the high points of French culture during the 19th century. Critics also praise the novel for its realism and use of historical content and accuracy. This edition follows the translation of Ellen Marriage, pseudonymously as James Waring, and includes a biographical afterword.