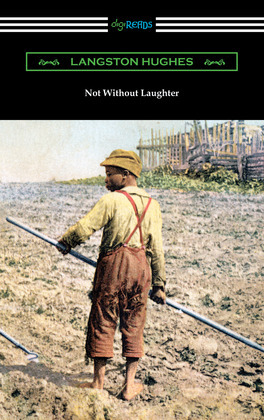 by Langston Hughes (Author)
Excerpt
Fiction Classics
warning_amber
One or more licenses for this book have been acquired by your organisation details
EPUB
Unlimited loans, One at a time
Details

First published in 1930, ?Not Without Laughter? is the debut novel by Langston Hughes and a deeply personal, semi-autobiographical tale of an African-American family in rural Kansas. Langston Hughes, born in 1902 in Joplin, Missouri, spent much of his youth in Lawrence, Kansas and it is here that he set his first novel. ?Not Without Laughter? tells the story of young Sandy Rogers as he grows from a boy to a young man and focuses on his ?awakening to the sad and beautiful realities of black life in a small Kansas town?. Sandy clashes with his irresponsible father, Jimboy, and relies on the hard work of his mother Annjelica and his tough grandmother, Aunt Hager, to survive the challenges of poverty and race in early-twentieth century rural America. Sandy?s struggles mirror that of Hughes, who also had a strained and difficult relationship with his often absent father and was mainly raised by his maternal grandmother, a proud and strong woman who installed in Hughes a deep pride in his African-American heritage. ?Not Without Laughter? is a powerful and moving portrait of race and poverty in America, as well as an important and inspiring story of hope and perseverance.