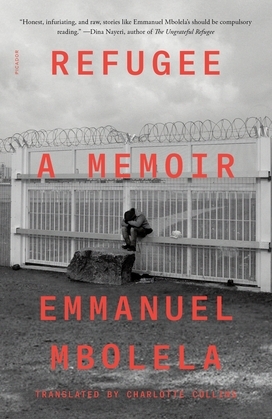 Persecuted for his political activism, Emmanuel Mbolela left the Democratic Republic of the Congo in 2002. His search for a new home would take six years.

In that time, Mbolela endured corrupt customs officials, duplicitous smugglers, Saharan ambushes, and untenable living conditions. Yet his account relates not only the storms of his long journey but also the periods of calm. Faced with privation, he finds comfort in a migrants? hideout overseen by community leaders at once paternal and mercenary. When he finally reaches Morocco, he finds himself stranded for almost four years. And yet he perseveres in his search for the offices of the United Nations High Commissioner for Refugees?which always seem to have closed indefinitely just before Mbolela?s arrival in a given city?because it is there that a migrant might receive an asylum seeker?s official certificates.

It is an experience both private and collective. As Mbolela testifies, the horrors of migration fall hardest upon female migrants, but those same women also embody the fiercest resistance to the regime of violence that would deny them their humanity. While still countryless, Mbolela becomes an advocate for those around him, founding and heading up the Association of Congolese Refugees and Asylum Seekers in Morocco to fight for migrant rights. Since obtaining political asylum in the Netherlands in 2008, he has remained a committed activist.

Direct, uncompromising, and clear-eyed, in Refugee, Mbolela provides an overlooked perspective on a global crisis.