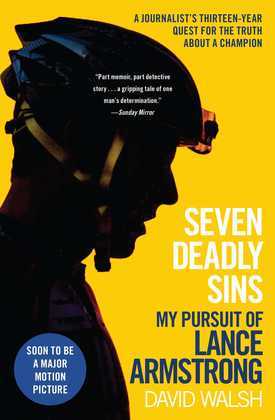 When Lance Armstrong won his first Tour de France in 1999, the sports world had found a charismatic new idol. Journalist David Walsh was among a small group covering the tour who suspected Armstrong?s win wasn?t the feel-good story it seemed to be. From that first moment of doubt, the next thirteen years of Walsh?s life would be focused on seeking the answers to a series of hard questions about Armstrong?s astonishing success.

As Walsh delved ever deeper into the shadow world of performance-enhancing drugs in professional athletics, he accumulated a mounting pile of evidence that led a furious Armstrong to take legal action against him. But he could not make Walsh?or the story?go away, and in the autumn of 2012, Walsh was vindicated when the cyclist was stripped of his seven Tour de France titles.

With this remarkable book, Walsh has produced both the definitive account of the Armstrong scandal, and a testament to the importance of journalists who are willing to report a difficult truth over a popular fantasy.