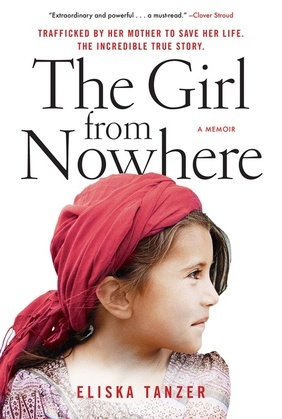 The Girl From Nowhere

by Eliska Tanzer (Author)
Excerpt
Nonfiction Biography & autobiography Personal memoirs Women
warning_amber
One or more licenses for this book have been acquired by your organisation details
EPUB
26 loans, One at a time
Details

My mother was a prostitute. My grandmother and great-grandmother were prostitutes. Maybe I should have given the family business a chance.

To Westerners, being Romani means being wild, romantic and free. To Eliska Tanzer, it means being rented out to dance for older men. It means living without running water. It means not being allowed a job or an education. It means being stuffed into a bare room with all your aunts and cousins, fighting over the thin, stained blanket the way you fight over the last piece of half-mouldy bread. It means joining the family prostitution ring when you’re still a child.

But Eliska is given a way out after her mother scrapes together the money to smuggle her out of the country to a new life. Arriving in England in a washing-machine box, she thinks she has made it. But as a young girl alone in a new country, Eliska soon sees her dream turn into a nightmare when she is forced to live and work under unbearable abuse as she tries to forge her way alone.

Drawing on the struggles of her Romani ancestors, Eliska is inspired with the strength to carry on. She eventually starts a successful business and becomes an accomplished writer and dancer. The Girl from Nowhere is a triumphant story of family, persistence and the meaning of freedom.