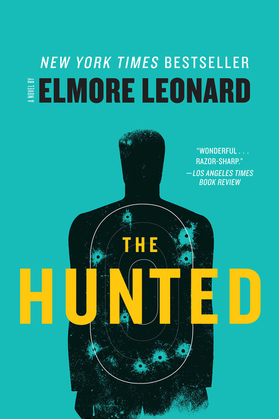 by Elmore Leonard (Author)
Excerpt
Fiction
warning_amber
One or more licenses for this book have been acquired by your organisation details
EPUB
26 loans, One at a time
Details

“Excellent….A plot and a chase as good as anything he has ever written.”
—Bergan Record

In Elmore Leonard’s The Hunted, “crime fiction’s greatest living practitioner” (Washington Post) carries the action far from his usual Detroit, Miami, and Los Angeles milieus, all the way to the Middle East. There no lack of excitement and suspense—and the trademark Leonard dialogue—in this superior tale of a fugitive hiding under the radar in Israel, until a well-publicized Good Samaritan act attracts the unwanted attention of well-armed Motown mobsters who are now coming to get him. The author who introduced the world to U.S. Marshal Raylan Givens (in his novels Pronto and Riding the Rap, before the lawman became the star of the hit TV drama Justified), the Grand Master shows why the Ft. Lauderdale Sun-Sentinel calls him “the all-time king of the whack job crime novelists,” and goes on to say that “Elmore Leonard tops them all”…including John D. MacDonald, Dashiell Hammett, James M. Cain, Robert B. Parker, and quite possibly every major mystery writer the U.S. has ever produced.