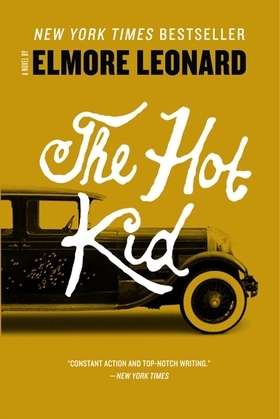 Carl Webster #4
by Elmore Leonard (Author)
Excerpt
Fiction Mystery & detective Westerns
warning_amber
One or more licenses for this book have been acquired by your organisation details
EPUB
26 loans, One at a time
Details

The undisputed master of the crime novel strikes again with this powerfully entertaining story, set in 1920s Oklahoma, that introduces one of the toughest lawmen ever to come out of the west. . . .

Carlos Webster was 15 the day he witnessed his first murder—but it wouldn’t be his last. It was also his first introduction to the notorious gunman, Emmet Long. By the time Carlos is 20, he’s being sworn in as a deputy United States marshal and now goes by the name Carl. As for Emmet, he’s robbing banks with his new partner, the no-good son of an oil millionaire.

Carl Webster and Emmet Long may be on opposite sides of the law but their long-time game of cat and mouse will turn them both into two of the most famous names in crime and punishment.