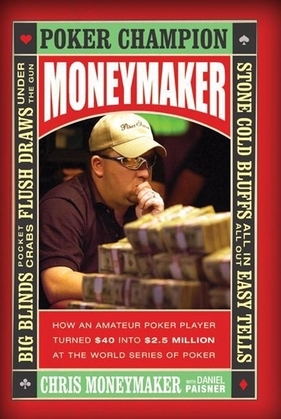 In 2004 the number of entrants -- and the winning pool -- at the World Series of Poker tripled, thanks in large part to Chris Moneymaker, an amateur player who came out of nowhere to win the 2003 Series, and prove to newcomers and poker pros alike that anything is possible with a chip and a chair.

Moneymaker was a young accountant from Tennessee who loved to gamble but only took up cards after college. Three years later he was playing a $40 game of online Texas Hold 'Em and won a coveted seat at the 2003 World Series of Poker. Borrowing money to get to Las Vegas, he entered his first real-time tournament and spent the next four days battling for a top spot at the final table.

Filled with everything from his early gambling ventures to a play-by-play of his major hands at the World Series of Poker, Moneymaker is a gripping, fast-paced story for anyone who has ever dreamed of winning it big.