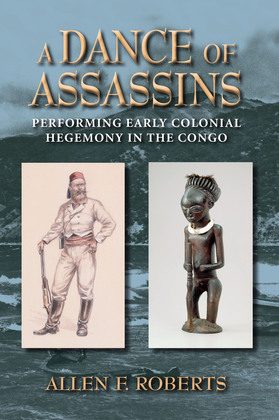 A Dance of Assassins: Performing Early Colonial Hegemony in the Congo

A Dance of Assassins presents the competing histories of how Congolese Chief Lusinga and Belgian Lieutenant Storms engaged in a deadly clash while striving to establish hegemony along the southwestern shores of Lake Tanganyika in the 1880s. While Lusinga participated in the east African slave trade, Storms' secret mandate was to meet Henry Stanley's eastward march and trace "a white line across the Dark Continent" to legitimize King Leopold's audacious claim to the Congo. Confrontation was inevitable, and Lusinga lost his head. His skull became the subject of a sinister evolutionary treatise, while his ancestral figure is now considered a treasure of the Royal Museum for Central Africa. Allen F. Roberts reveals the theatricality of early colonial encounter and how it continues to influence Congolese and Belgian understandings of history today.