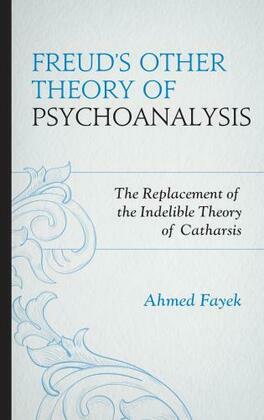 Freud's Other Theory of Psychoanalysis

However, when Freud changed his method of dealing with his patients to listening to their associations he discovered the workings of the primary process, the representation in the mind of the endosomatic stimuli, and the manner in which the primary and the secondary processes entwine to form both the normal and abnormal ‘psychical’ products. Another theory of psychoanalysis came out of those core observations and Freud was able to give psychoanalysis a central position in western culture as a whole, and a significant place in the study and treatment of mental disorders. Freud’s unstated discoveries had all the elements of another full theory; it was the theory that gave psychoanalysis its outstanding status. However, he did not articulate it as a distinct theory that could replace the catharsis theory. This tacit theory is a theory that does not explain psychopathology in terms of repression of objectionable urges, but explicates the manners of the entwinement of the primary and secondary processes that create the healthy and the psychopathological conditions. It is a comprehensive theory of psychoanalysis that has applications in almost all psychical matters, one of which is clinical.

The replacement theory is not another theory like the ones offered by the contemporary schools. It is implicit in the Freudian text; it is a Freudian replacement for a popular, but flawed, Freudian theory.