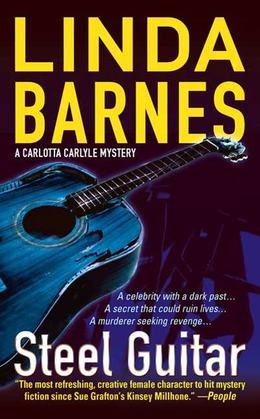 They say you meet all kinds when you're driving a hack. That's certainly the case for Boston PI Carlotta Carlyle, who gets an unexpected fare while moonlighting behind the wheel. It's singer Dee Willis, Carlotta's ex-friend and former band mate, who stole Carlotta's man before clawing her way up the charts.

Dee's made the leap from Southie's barrooms to the cover of People magazine, but now she's back in Carlotta's life, bringing with her a load of trouble. She hires Carlotta to track down a mutual friend who's fallen on hard times, but Carlotta soon finds that there's a far more menacing tune being played. Someone is blackmailing Dee, claiming she stole songwriting credits-and the money and fame that came with them. As the spotlight's glare turns as cold as the corpse that turns up in Dee's hotel room, Carlotta's past is about to catch up to her...with a vengeance.