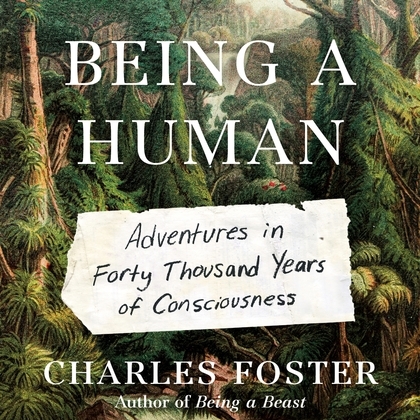 by Charles Foster (Author), Damian Lynch (Narrateur)
Excerpt
Nonfiction Science and technics Science Life sciences Evolution
warning_amber
One or more licenses for this book have been acquired by your organisation details
AUDIOBOOK
Unlimited loans, 2 years, One at a time
Details

A radically immersive exploration of three pivotal moments in the evolution of human consciousness, asking what kinds of creatures humans were, are, and might yet be

How did humans come to be who we are? In his marvelous, eccentric, and widely lauded book Being a Beast, legal scholar, veterinary surgeon, and naturalist extraordinaire Charles Foster set out to understand the consciousness of animal species by living as a badger, otter, fox, deer, and swift. Now, he inhabits three crucial periods of human development to understand the consciousness of perhaps the strangest animal of all—the human being.

To experience the Upper Paleolithic era—a turning point when humans became behaviorally modern, painting caves and telling stories, Foster learns what it feels like to be a Cro-Magnon hunter-gatherer by living in makeshift shelters without amenities in the rural woods of England. He tests his five impoverished senses to forage for berries and roadkill and he undertakes shamanic journeys to explore the connection of wakeful dreaming to religion. For the Neolithic period, when humans stayed in one place and domesticated plants and animals, forever altering our connection to the natural world, he moves to a reconstructed Neolithic settlement. Finally, to explore the Enlightenment—the age of reason and the end of the soul—Foster inspects Oxford colleges, dissecting rooms, cafes, and art galleries. He finds his world and himself bizarre and disembodied, and he rues the atrophy of our senses, the cause for much of what ails us.

Drawing on psychology, neuroscience, natural history, agriculture, medical law and ethics, Being a Human is one man’s audacious attempt to feel a connection with 45,000 years of human history. This glorious, fiercely imaginative journey from our origins to a possible future ultimately shows how we might best live on earth—and thrive.