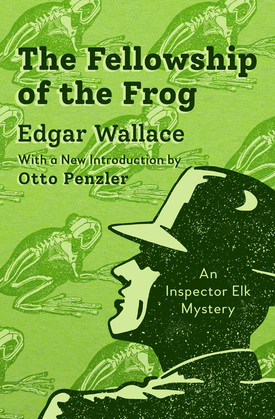 The Fellowship of the Frog

An elusive gang leader and his minions frighten London and frustrate Scotland Yard in this classic crime thriller.

The secret organization whose members were known only as “the Frogs” was the subject of rumors and jokes—until serious crimes began to occur, one after another. The perpetrators, once caught, were found to bear tattooed frogs on their wrists and kept their mouths firmly shut, and the populace grew terrified of them.

The police were frustrated by their fruitless efforts to track down the leader of this strange gang. Then an officer who was working undercover and had finally managed to come face-to-face with the frightening figure was killed.

Now it’s time for Detective Sergeant Elk of Scotland Yard to get involved. Fortunately, despite his shabby clothes, glum demeanor, and utter inability to get himself promoted, he’s a sharper sleuth than he appears to be . . .

From Edgar Wallace, an enormously popular figure in early twentieth-century crime fiction, this is an intriguing tale of a nameless threat and a cop determined to track him down.