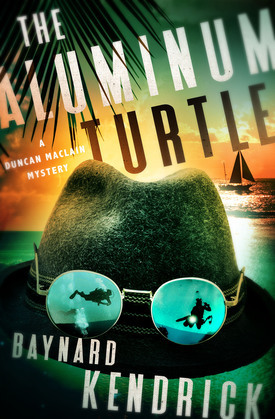 A blind detective deals with murder, drugs, and buried treasure in sunny Florida in this mystery by the author of Clear and Present Danger.

Maclain used to visit his godson, Ronald Dayland Sr., and his family in Tampa every winter—until Ronald’s murder. The local police never had any luck finding the culprit. But seven years later, Maclain is finally able to tackle the case himself. Unfortunately, another Dayland needs Maclain’s help as well.

Ronald Jr. is nineteen and should feel as though he has his entire life ahead of him, but he has a secret. While on a fishing excursion with Maclain, Ronnie wants to confess everything, but then he makes a surprising discovery in the water—one that could mean a lot of money in his future. But a spear gun prevents Ronnie from ever seeing that future.

Now, with the help of his partner, Spud, and his two German Shepherds, Captain Maclain must uncover clues for two murders—and he better hurry. Maclain may be blind, but even he can tell when he’s being watched . . .