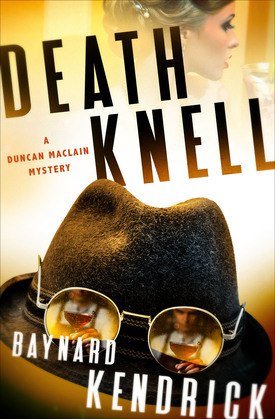 A blind detective separates fact from fiction to save an innocent writer in this mystery by the author of Blind Man’s Bluff.

Acclaimed novelist Larmar Jordan and his wife, Lucia, are throwing a cocktail party in their luxury Fifth Avenue apartment. Among the guests are their friend Sybella Ford and her fiancé, Duncan Maclain. Everyone is in high spirits until the arrival of Larmar’s mistress, Troy Singleton. Maclain may be unable to see, but even he can tell that certain partygoers are far from pleased by her presence.

However, the real drama unfolds when Troy returns the following day—only to wind up dead on the terrace. The police are certain Larmar pulled the trigger. He was the only person home at the time, and the murder weapon came from his extensive gun collection—but he didn’t do it. At Lucia’s request, Maclain takes the case. Now, the sightless sleuth must quickly unravel this twisted tale of murder, before the judge throws the book at Larmar . . .