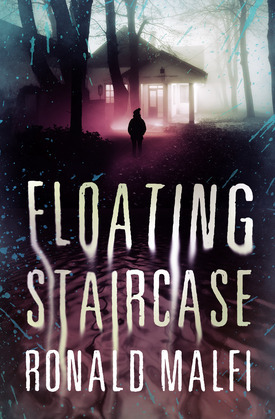 “Deserves to stand alongside a Stephen King or a Dean Koontz—at their best . . . A mature horror yarn” from the award-winning author of Bone White (New York Journal of Books).

Horror writer Travis Glasgow and his wife, Jodie, have bought their first house in Westlake, Maryland, just steps from Travis’s older brother’s home. Travis is buoyed by the thought of renewing his relationship with his estranged sibling and overcoming the darkness from his past. But the house has other plans for him. Travis is soon awakened by noises in the night and finds watery footprints in the basement that lead him to the nearby lake, which has a strange staircase emerging from its depths.

When Travis discovers that a former occupant of his house—a ten-year-old boy—drowned in the lake, he draws connections to his own childhood tragedy. As his brother and wife warn him to leave well enough alone, Travis is pulled into a dark obsession, following the house’s secrets to the floating staircase—and into the depths of madness . . .

“It would not be an overstatement to say that Floating Staircase is a modern classic ranking among some of the best supernatural affairs ever committed to print. . . . The story and setting sizzle to life through Malfi’s unparalleled literary talent.” —Dreadful Tales

“Profoundly moving, terrifying and life-affirming, this is a glorious example of what the genre of horror fiction can accomplish in the right hands.” —Horror Novel Reviews