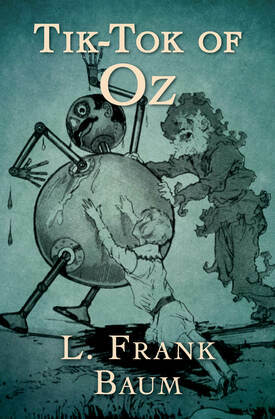 by L. Frank Baum (Author)
Excerpt
Fiction Juvenile & young adult Classics Fantasy, magic Action & adventure
warning_amber
One or more licenses for this book have been acquired by your organisation details
EPUB
Unlimited loans, One at a time
Details

The Shaggy Man goes searching for his brother Tik-Tok as warlike royals stir up trouble in this imaginative adventure in the Oz series.

When Queen Ann of Oogaboo raises an army to take over Oz, Gilda the Good magically rearranges their path to send them into a fog. Meanwhile, the Shaggy Man has gone in search of his brother Tik-Tok, who’s been tossed into a well by the wicked Nome King. On his journey, the Shaggy Man encounters Betsy Bobbin of Oklahoma, the Rainbow’s daughter Polychrome, a royal rose named Princess Ozga—and Queen Ann herself, who is very angry at being lost.

When Queen Ann hears of the Nome King’s fortune, she changes course and heads for his underground kingdom, taking Tik-Tok with her. Now, with his brother lost once again, the Shaggy Man’s adventure has only just begun—and he’ll need all the friends, magic, and luck he can muster.
Publication date
April 14, 2020
Publisher
Open Road Media Teen & Tween
Collection
The Oz Series
Page count
219
ISBN
9781504062251
File size
66 MB