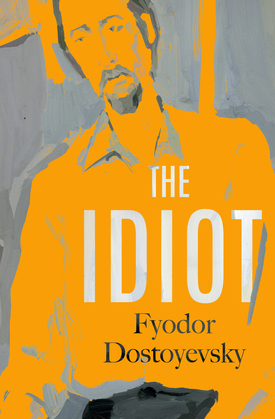 A novel of innocence and iniquity, love and murder, by the nineteenth-century Russian author of Crime and Punishment and The Brothers Karamazov.

After several years in a Swiss sanatorium, twenty-six-year-old Prince Myshkin returns to Russian society to collect his rightful inheritance. But he soon crosses paths with the dark Rogozhin, a rich merchant’s son whose desire for Nastasya Filippovna will set the three of them on a tragic course. As author Fyodor Dostoevsky traces the effect of Myshkin’s innocence on the people around him in St. Petersburg, scandal escalates to murder . . .

“I think The Idiot to be a masterpiece—flawed, occasionally tedious or overwrought, like many masterpieces—but a fact of world literature just as important as the densely dramatic Brothers Karamazov or the brilliantly subtle and terrifying Devils. In those two novels, as in the simpler Crime and Punishment, Dostoevsky had plots and political and religious ideas working together. In The Idiot he is straining to grasp a story and a character converting themselves from Gothic to Saint’s Life on the run. What makes the greatness is double—the character of the prince, and a powerful series of confrontations with death. The true subject of The Idiot is the imminence and immanence of death.” —A. S. Byatt, The Guardian

“Nothing is outside Dostoevsky’s province. . . . Out of Shakespeare there is no more exciting reading.” —Virginia Woolf