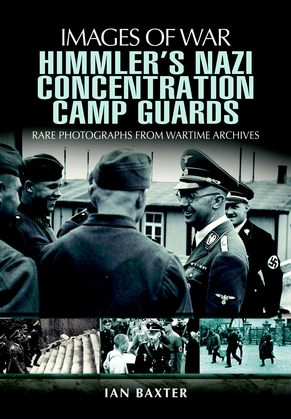 “A chilling study of the . . . recruitment, indoctrination and performance of those responsible for the guarding of concentration camp inmates.”—Inscale.org

The conversion of human beings into murderers and individuals routinely carrying out appalling acts of cruelty are bound to be shocking. But it happened under the Third Reich on a massive scale.

This book follows the development of concentration camps from the early beginnings in the 1930s (Buchenwald, Sachsenhausen etc.), through their establishment in the conquered territories of Poland and Czechoslovakia to the extermination camps (Dachau, Auschwitz). In parallel, it describes, using original source material, the behavior of the guards who became in numerous cases immune to the horrors around them. This is well borne out by the conduct of the guards during the Liberation process, which is also movingly described using numerous personal accounts of shocked Allied personnel. Of the 55,000 Nazi concentration camp guards, some 3,700 were women. The book studies their behavior with examples along with that of their male counterparts.

“These are everyday pictures of sadistic murderers. Ian Baxter should be commended on this book. The concentration camps of the Second World War should never be pushed to the back of our minds. It happened and we should remember it so that it can never be allowed to happen again.”—WW2 Connection