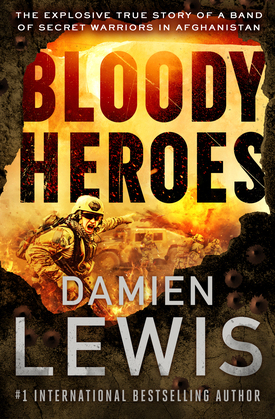 British and American special forces battle terrorists in this “gripping” account spanning a thwarted attack on London to the Battle of Qala-i-Janghi (Duncan Falconer, author of First Into Action).

Two months after 9/11, the British military was braced to foil any terrorist attacks against the UK. When British intelligence uncovered such a plot—a cargo ship bound for the English Channel carrying a suspect deadly chemical weapon—they amassed an elite team of SBS (Special Boat Services) and SAS (Special Air Service) soldiers to assault the vessel before she could reach London.

It was a mission that would eventually take a crack band of British and American warriors into the greatest battle of the Afghan Civil War—the massive bloody uprising by hundreds of Al Qaeda and Taliban prisoners within the walls of the ancient fortress of Qala-i-Janghi, and the ensuing eight-day siege. When the fighting ended, over five hundred of the enemy lay dead, more terrorists killed than in any other single battle in Afghanistan.

As always, “Damien Lewis takes his readers into the heart of clandestine battles as no one else seems able” (Frederick Forsyth, #1 New York Times–bestselling author of The Day of the Jackal).