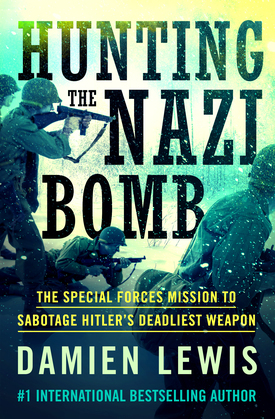 A “gripping” and “heart-stopping” account of the combined Norwegian and British sabotage raids to stop Hitler from making an atomic bomb (Saul David, Evening Standard).

Nothing terrified the Allies more than Adolf Hitler’s capacity to build a nuclear weapon. In a heavy water production plant in occupied Norway, the Führer was well on his way to possessing the raw materials to manufacture the bomb. British Special Operations Executive (SOE)—Churchill’s infamous “Ministry of Ungentlemanly Warfare”—working with the Norwegian resistance executed a series of raids in the winter of 1942–43, dropping saboteurs to destroy Hitler’s potential nuclear capability: operations Musketoon, Grouse, Freshman, and finally Gunnerside, in which a handful of intrepid Norwegians scaled a 600-foot cliff to blow the heavy water plant to smithereens. Nothing less than the security of the free world depended on their success.

The basis for the movie, The Heroes of Telemark, starring Kirk Douglas and Richard Harris, this true story is more harrowing than any thriller, and “Lewis does the memory of these extraordinary men full justice in a tale that is both heart-stopping and moving” (Saul David, Evening Standard).