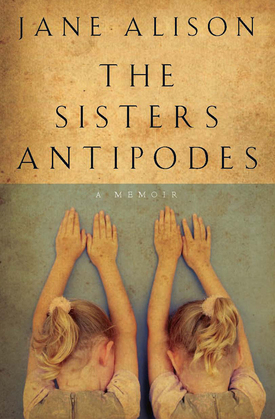 “A wrenching, luminous memoir” of how betrayal and divorce transformed two families and the lives of two young women (People).

When Jane Alison was a child, her family met another that seemed like its mirror. Each had a father in the Foreign Service, a beautiful mother, and two little girls. The younger two—one of them Jane—even shared a birthday.

With so much in common, the two families quickly became inseparable. Within months, affairs had ignited between the adults, and before long the pairs had exchanged partners—divorced, remarried, and moved on. As if in a cataclysm of nature, two families were ripped asunder, and two new ones were formed. Two pairs of girls were left in shock, a “silent, numb shock, like a crack inside stone, not enough to split it but inside, quietly fissuring.” And Jane and her stepsister were thrown into a state of wordless combat for the love of their fathers.

This true story of their rivalry, and the tragic loss that ultimately followed, is a fascinating record of how adult behavior can shape, or shatter, a childhood. Spanning from Australia to the United States, it is “enormously compelling . . . [A] harrowing journey of identity” (Publishers Weekly, starred review).