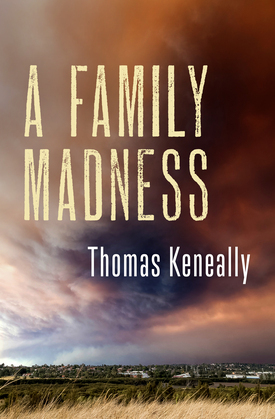 by Thomas Keneally (Author)
Excerpt
Fiction Literary Romance Contemporary
warning_amber
One or more licenses for this book have been acquired by your organisation details
EPUB
Unlimited loans, One at a time
Details

A disturbing love story about two families and the madness that threatens to consume them . . .
Terry Delaney, a professional rugby player, leads a comfortable life with a genial wife and the occasional freelance job until he meets Danielle Kabbel. Obsessed and in love, Terry drops everything to pursue her. But it’s her father Rudi Kabbel, an Eastern European immigrant with apocalyptic visions, and his madness that threatens to destroy Terry’s sense of self and to separate the lovers. Ultimately, Terry must contend with the family’s skeletons, stemming all the way back to the Nazi-occupation of Belorussia.

Inspired by a true event, Keneally brilliantly bridges the corrupt politics of Eastern Europe with the naïve innocence of Australian suburban life.