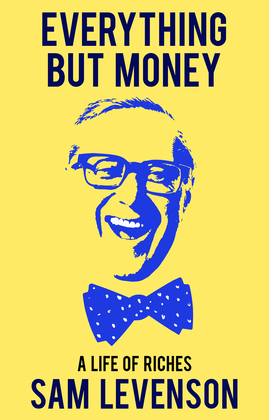 by Sam Levenson (Author)
Excerpt
Nonfiction Humor Form Anecdotes Topic Marriage & family Biography & autobiography Personal memoirs
warning_amber
One or more licenses for this book have been acquired by your organisation details
EPUB
Unlimited loans, One at a time
Details

In this timeless classic that topped the New York Times bestseller list in 1966 and 1967, Sam Levenson recalls his childhood with the warmth and affectionate humor that endeared the author and humorist to millions of Americans. He describes the cramped New York tenement which he shared with his parents, his six older brothers, and his sister as a “a life of plenty”—plenty of relatives, neighbors, boarders, janitors, hugs, slaps, books, music, weddings, illnesses, cats, dogs, cockroaches, and the like. He recalls how his parents bestowed upon him a “life of plenty”—plenty of hope, ambition, and faith in education, all of which became the hallmarks of his life and career. As he remembers his parents with overwhelming love, and cherishes the ethical values they instilled in him, he shows how those values are timeless and have helped him as he became a parent. His vivid recollections of a big family, rich in everything but money, are interspersed with a deep concern for the social and moral dilemmas facing today’s young people, dilemmas which carry on to this day. Sam Levenson’s blend of sweetness, hilarity and wisdom shines through Everything But Money and offers lessons that we can all learn from, lessons that are timeless and as relevant now as they were 50 years after Everything But Money was first released . . .