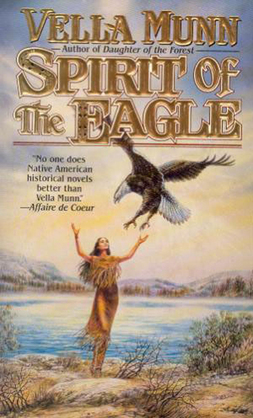 Spirit of the Eagle

It is 1872. American Expansionism is at its peak. Lands once thought uninhabitable are coveted by white settlers, miners, and traders who are spreading through the West. The last of the Modoc tribe are being forced by the U.S. government to leave their sacred land and move to a reservation. However, they won't leave without putting up a fight. Luash, a young woman of the tribe, is the voice of the Eagle Spirit that guides the Modoc and Eagle insists that there is no need for war. Luash finds herself drawn to a white soldier, Jed Britton, who believes that all Indians are violent, soulless people, but Luash is able to convince him that it is not true. He then tries to convince the Secretary of War to leave the Modoc people alone, but he may be too late: The Army is on its way.