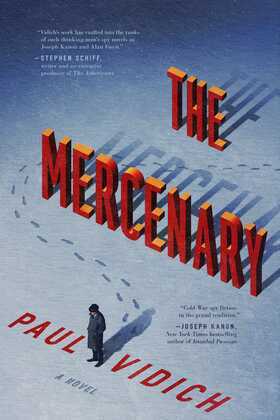 From acclaimed spy novelist Paul Vidich comes a taut new thriller following the attempted exfiltration of a KGB officer from the ever-changing—and always dangerous—USSR in the mid-1980s.

Moscow, 1985. The Soviet Union and its communist regime are in the last stages of decline, but remain opaque to the rest of the world—and still very dangerous. In this ever-shifting landscape, a senior KGB officer—code name GAMBIT—has approached the CIA Moscow Station chief with top secret military weapons intelligence and asked to be exfiltrated. GAMBIT demands that his handler be a former CIA officer, Alex Garin, a former KGB officer who defected to the American side.

The CIA had never successfully exfiltrated a KGB officer from Moscow, and the top brass do not trust Garin. But they have no other options: GAMBIT's secrets could be the deciding factor in the Cold War.

Garin is able to gain the trust of GAMBIT, but remains an enigma. Is he a mercenary acting in self-interest or are there deeper secrets from his past that would explain where his loyalties truly lie? As the date nears for GAMBIT’s exfiltration, and with the walls closing in on both of them, Garin begins a relationship with a Russian agent and sets into motion a plan that could compromise everything.