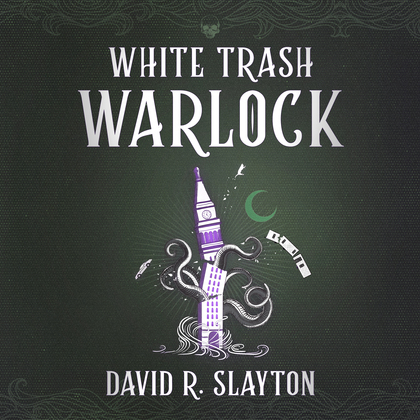 Not all magicians go to schools of magic.

Adam Binder has the Sight. It’s a power that runs in his bloodline: the ability to see beyond this world and into another, a realm of magic populated by elves, gnomes, and spirits of every kind. But for much of Adam’s life, that power has been a curse, hindering friendships, worrying his backwoods family, and fueling his abusive father’s rage.

Years after his brother, Bobby, had him committed to a psych ward, Adam is ready to come to grips with who he is, to live his life on his terms, to find love, and maybe even use his magic to do some good. Hoping to track down his missing father, Adam follows a trail of cursed artifacts to Denver, only to discover that an ancient and horrifying spirit has taken possession of Bobby’s wife.

It isn’t long before Adam becomes the spirit’s next target. To survive the confrontation, save his sister-in-law, and learn the truth about his father, Adam will have to risk bargaining with very dangerous beings … including his first love.