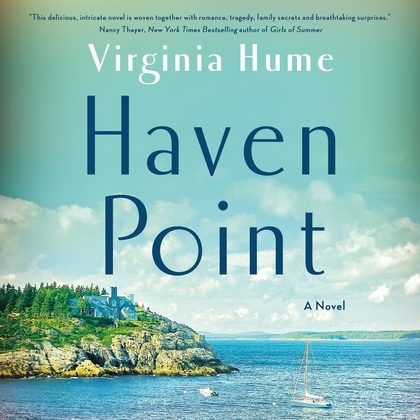 A sweeping debut novel about the generations of a family that spends summers in a seaside enclave on Maine's rocky coastline, for fans of Elin Hilderbrand, Beatriz Williams, and Sarah Blake.

1944: Maren Larsen is a blonde beauty from a small Minnesota farming town, determined to do her part to help the war effort––and to see the world beyond her family’s cornfields. As a cadet nurse at Walter Reed Medical Center, she’s swept off her feet by Dr. Oliver Demarest, a handsome Boston Brahmin whose family spends summers in an insular community on the rocky coast of Maine.

1970: As the nation grapples with the ongoing conflict in Vietnam, Oliver and Maren are grappling with their fiercely independent seventeen-year-old daughter, Annie, who has fallen for a young man they don’t approve of. Before the summer is over a terrible tragedy will strike the Demarests––and in the aftermath, Annie vows never to return to Haven Point.

2008: Annie’s daughter, Skye, has arrived in Maine to help scatter her mother’s ashes. Maren knows that her granddaughter inherited Annie’s view of Haven Point: despite the wild beauty and quaint customs, the regattas and clambakes and sing-alongs, she finds the place––and the people––snobbish and petty. But Maren also knows that Annie never told Skye the whole truth about what happened during that fateful summer.

Over seven decades of a changing America, through wars and storms, betrayals and reconciliations, Virginia Hume's Haven Point explores what it means to belong to a place, and to a family, which holds as tightly to its traditions as it does its secrets.