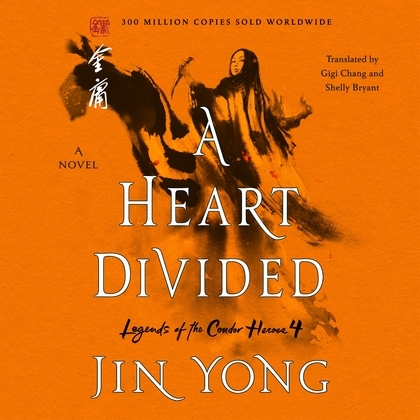 A Heart Divided is the next in the high stakes, tension-filled epic Legends of the Condor Heroes series, where kung fu is magic, kingdoms vie for power and the battle to become the ultimate kung fu master unfolds.

In the fourth and final volume of Legends of the Condor Heroes, Guo Jing is at last forced to make a choice between loyalty to the land of his birth and keeping faith with Genghis Khan, who has been like a father to him. When it comes to matters of the heart, trouble waters stir there as well when Guo Jin's love for Lotus Huang is tested when he becomes convinced that her father has murdered someone dear to him.

As the Mongol armies descend on China, Jin Yong brings this most beloved of his novels to a thrilling conclusion, complete with vast battles, stirring heroism, heartbreak, triumph and loss.