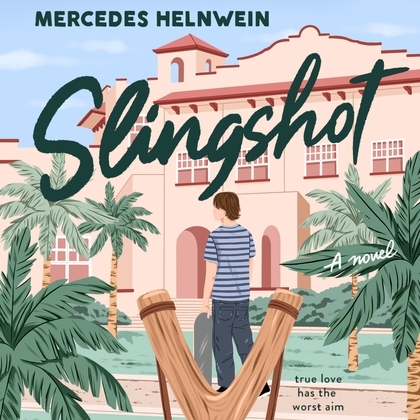 "Narrator Jesse Vilinsky masterfully connects listeners to the awkward nervous energy of teens...Vilinsky shines with breathless trepidation as Gracie grows from heartbreak, jealousy, and self-realization. At times, it's hard to listen to the raw emotions Vilinsky voices--which also make this audiobook hard to put down." -- AudioFile Magazine, Earphones Award winner

Grace Welles is stuck at a third-tier boarding school in the swamps of Florida, where her method of survival is a strict, self-imposed loneliness. And it works. Her crap attitude keeps people away because without friends, there are fewer to lose.

But when she accidentally saves the new kid, Wade Scholfield, from being beaten up, everything about her precariously balanced loner world collapses and, in order to find her footing again, she has no choice but to discover a completely new way to exist.

Because with Wade around, school rules are optional, weird is okay, and conversations about wormholes can lead to make-out sessions that disrupt any logical stream of thought. Nothing’s perfect, but that’s not the point. When they're together everything seems uncomplicated in a way that Grace knows is not possible.

So why does Grace crush Wade’s heart into a million pieces?

Acidly funny and compulsive readable, this debut is a story about two people finding each other and then screwing it all up. See also: soulmate, stupidity, sex, friendship, bad poetry, very bad decisions and all the indignities of being in love for the first time.

"Helnwein debuts in striking fashion... The writing, especially the dialogue, is magnetic, honest, and brimming with caustic wit... [an] enrapturing take on the intense highs and lows of teenage love." —Booklist (Starred Review)

"Wildly real and bursting with all the romance and pain of coming into oneself." —Kirkus (Starred Review)