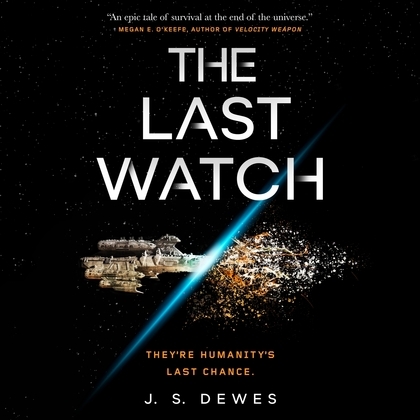 "Both readers are brilliant and nail the characterization in a way that instantly connects them to the listener..Everything here is top-notch." -- Booklist, starred review

The Expanse meets Game of Thrones in J. S. Dewes's fast-paced, sci-fi adventure The Last Watch, where a handful of soldiers stand between humanity and annihilation.

It’s the edge of the universe.

Now it’s collapsing—and taking everyone and everything with it.

The only ones who can stop it are the Sentinels—the recruits, exiles, and court-martialed dregs of the military.

At the Divide, Adequin Rake commands the Argus. She has no resources, no comms—nothing, except for the soldiers that no one wanted. Her ace in the hole could be Cavalon Mercer--genius, asshole, and exiled prince who nuked his grandfather's genetic facility for “reasons.”