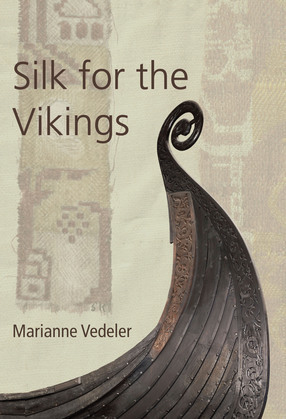 Silk for the Vikings

The analysis of silk is a fascinating topic for research in itself but here, focusing on the 9th and 10th centuries, Marianne Vedeler takes a closer look at the trade routes and the organization of production, trade and consumption of silk during the Viking Age. Beginning with a presentation of the silk finds in the Oseberg burial, the richest Viking burial find ever discovered, the other silk finds from high status graves in Scandinavia are discussed along with an introduction to the techniques used to produce raw silk and fabrics. Later chapters concentrate on trade and exchange, considering the role of silk items both as trade objects and precious gifts, and in the light of coin finds. The main trade routes of silk to Scandinavia along the Russian rivers, and comparable Russian finds are described and the production and regulation of silk in Persia, early Islamic production areas and the Byzantine Empire discussed. The final chapter considers silk as a social actor in various contexts in Viking societies compared to the Christian west.