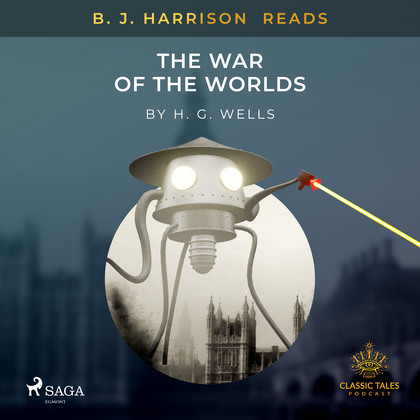 B. J. Harrison Reads The War of the Worlds

Martians have wanted to invade Earth for some time in order to secure their own survival. They make their way to the new planet, but what they don't realize is that Earth may not be all that suitable for outsiders. H. G. Wells' science fiction novel "The War of the Worlds" dates back to the late 19th century and is one of the first literary works to depict a battle between aliens and humankind. "The War of the Worlds" has even inspired the works of scientists in the field of space travel. Well's story was turned into the 2005 War of the Worlds movie, directed by Steven Spielberg and starring Tom Cruise. Hear the story as read by B. J. Harrison.