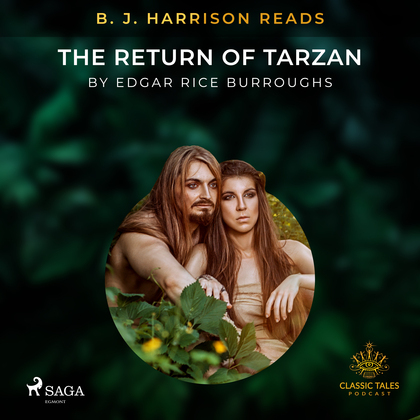 B. J. Harrison Reads The Return of Tarzan

Following the events of the first novel, Tarzan is grieving his beloved Jane, who is about to marry someone else. But he soon finds that there is more love to be had as he sets off to visit France, where he, besides causing some serious problems with Russian blackmailers, encounters several alluring women. But is Tarzan really done with Africa? And Jane?

'The Return of Tarzan' (1913) is the second in a series of twenty-four books about Tarzan, which author Edgar Rice Burroughs worked on until the 1940s. It's been adapted to film numerous times, most famously by Disney in 1999, a version to which Phil Collins composed the well-known soundtrack. In 2016, Alexander Skarsgård and Margot Robbie played opposite each other in The Legend of Tarzan.