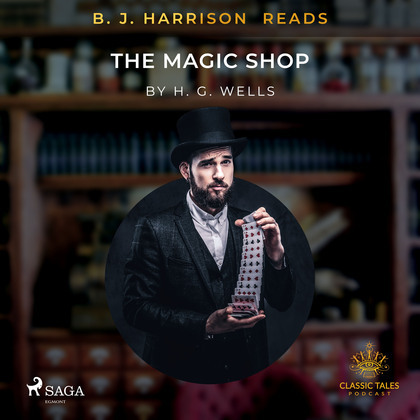 A father and his son visit a magic shop. This is not just any magic shop, but the "genuine" one, as the shop owner points out to the father. The father is not impressed but the boy is mesmerized by what he sees and hears. Yet when one trick turns out to be too real and the father is gripped by something he will not easily forget.
H. G. Wells' short story "The Magic Shop" from the early 20th century has been turned into a short fantasy fil, The Magic Shop (1982), and an alternative version as a 1964 episode, also called The Magic Shop, on The Alfred Hitchcock Hour. Now you can listen to the story transformed as an audiobook, narrated by B.J. Harrison.