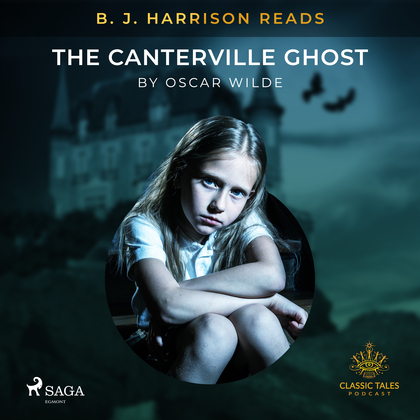 B.J. Harrison breathes life into one of Oscar Wilde?s first short stories, "The Canterville Ghost". The American Hiram B. Otis and his family move to a castle in Canterville Chase in the English countryside. They soon discover that they are not alone in the castle and that the ghost of an old tenant, Sir Simon de Canterville, is with them. Yet the family is not so easily scared, even if the ghost can take many shapes and forms.
The short story from the late 19th century mixes humor with the macabre. It has seen countless stage and screen adaptations, including the 1974 film adaptation "The Canterville Ghost", featuring James Whitmore.