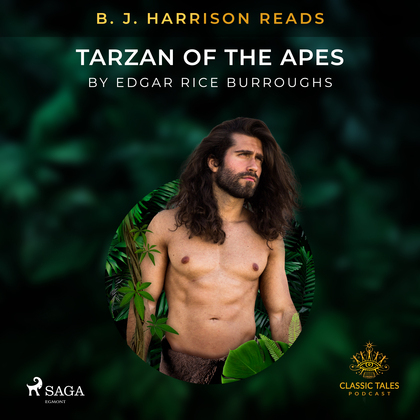 B. J. Harrison Reads Tarzan of the Apes

In 1888, a young British couple are left behind in an African jungle. Seeing no other way than to make a life for themselves, they've soon built a cabin and had a son. When they die unexpectedly, their young boy ends up in the care of a she-ape, who calls him Tarzan. Growing up, Tarzan struggles with being different. But one day, he finds his parents' cabin and suddenly it all starts to make sense.
'Tarzan of the Apes' (1912) is the first in a series of twenty-four books about Tarzan, which author Edgar Rice Burroughs worked on until the 1940s. It's been adapted to film numerous times, most famously by Disney in 1999, a version to which Phil Collins composed the well-known soundtrack. In 2016, Alexander Skarsgård and Margot Robbie played opposite each other in 'The Legend of Tarzan'.