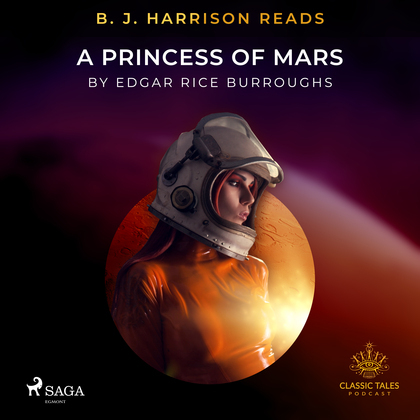 B. J. Harrison Reads A Princess of Mars

"Yes, I was a fool, but I was in love, and though I was suffering the greatest misery I had ever known I would not have had it otherwise for all the riches of Barsoom. Such is love, and such are lovers wherever love is known."

After the Civil War, Captain John Carter travels to Arizona with his friend, fellow veteran James Powell. When James gets murdered by Native Americans, John hides in a cave and is knocked out by a strange gas. When he wakes up, he is no longer on planet Earth.

Full of action and a good, cheesy romance, 'A Princess of Mars' is the first book in the Barsoom series and follows the adventures of Captain John Carter on Mars as he tries to rescue the Martian Princess Dejah. In 2009, the movie adaptation 'John Carter' was released, starring Taylor Kitsch and Willem Dafoe.